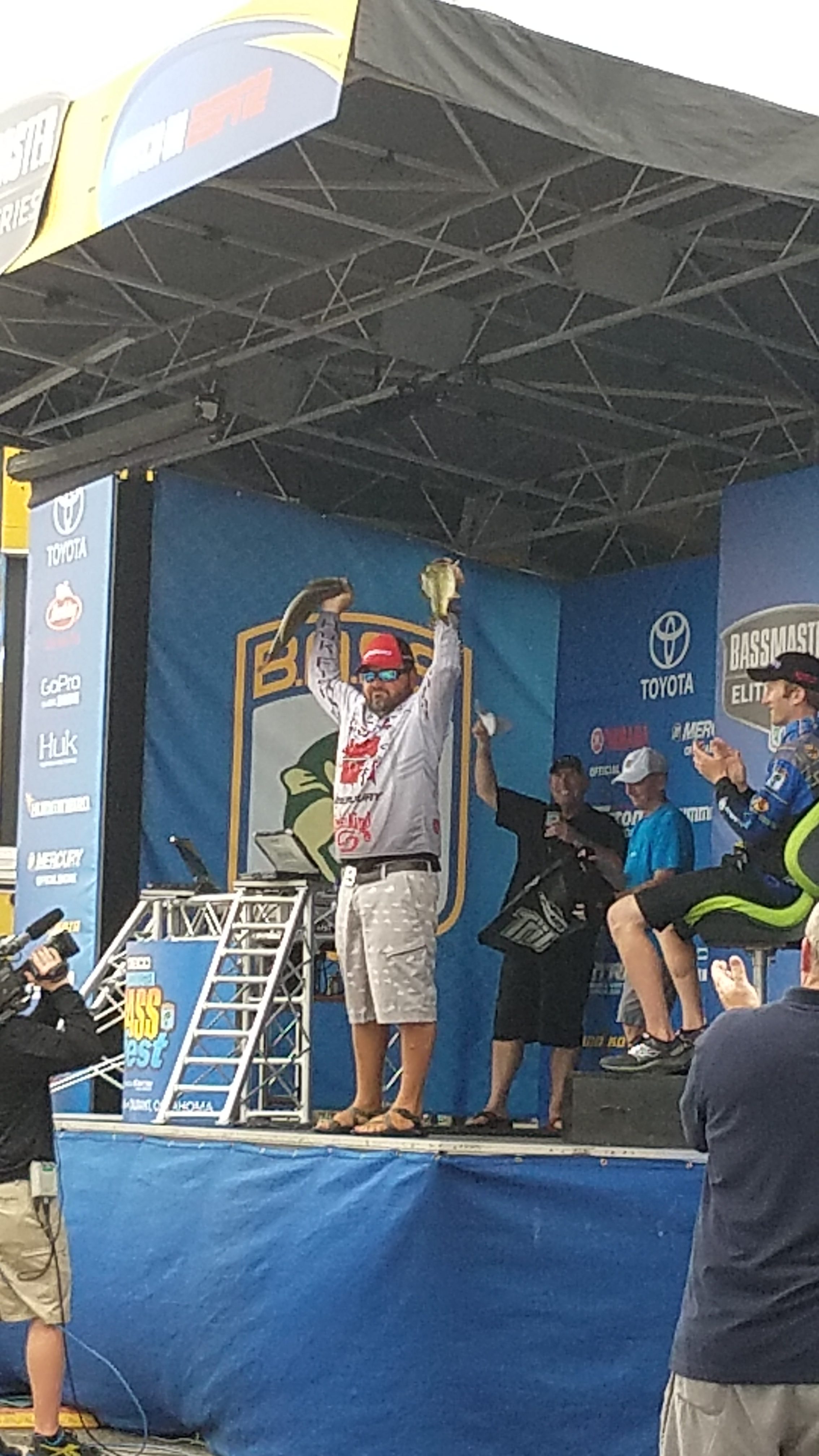 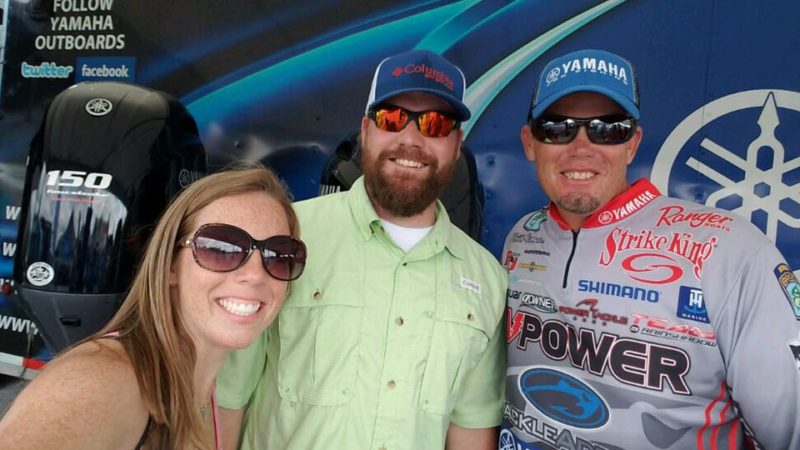 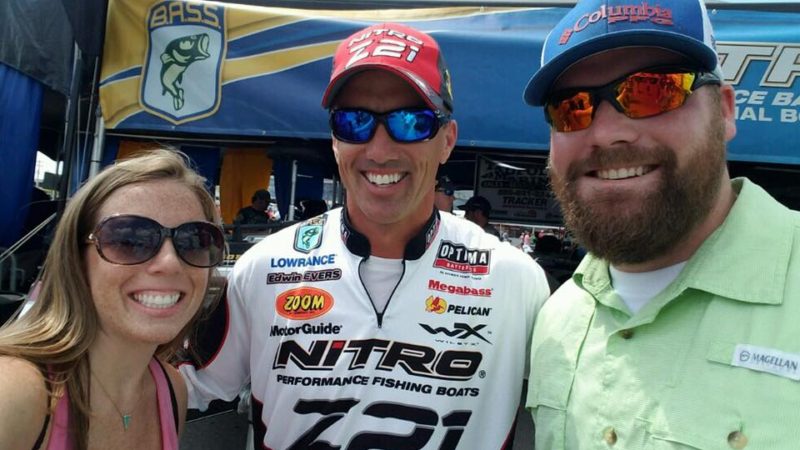 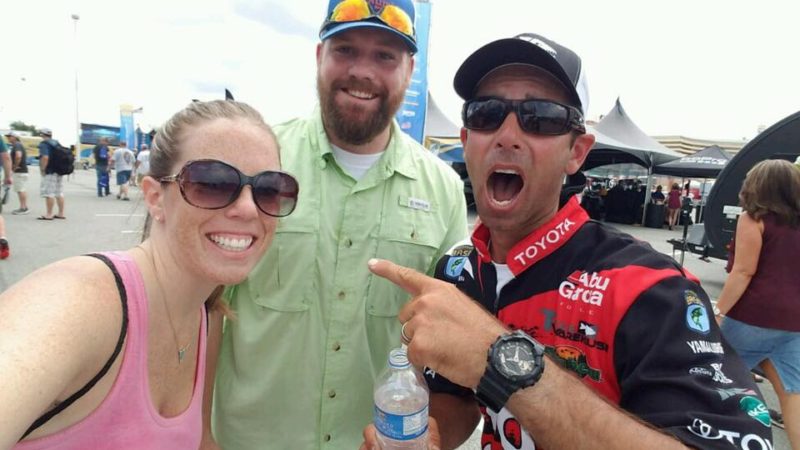 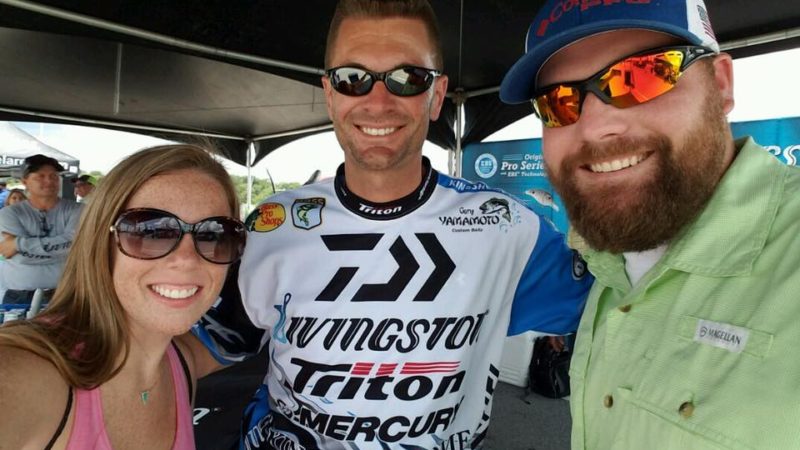 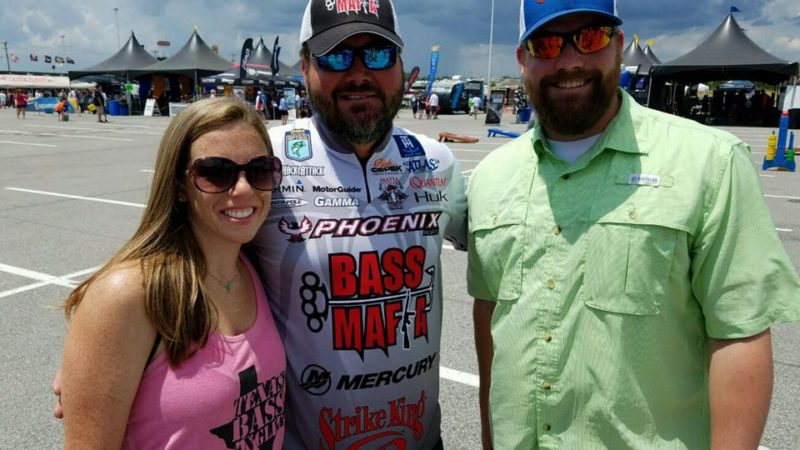 BASSfest 2016 took place in Durant, Oklahoma from June 8th – 12th.  The four day tournament on Lake Texoma concluded on Sunday.  I’m fairly certain that the anticipation of BASSfest was even greater than our 10 day family vacation to Mexico last month – which just so happened to fall over the weekend of the Toyota Texas Bass Classic.  We missed out on one event, but we weren’t about to miss out on this one.  The opportunity to meet all of our favorite anglers, along with our favorite emcee, Dave Mercer, was one that we were not about to pass up a second time.  You know you’re addicted to fishing when you start planning your life around local tournaments and the Bassmaster Elite Series trail!

We drove up to Durant from Dallas on Friday afternoon, for Military Appreciation Day, and stayed at the La Quinta Inn – which by the way, wasn’t a bad place to stay if you are ever in Durant and don’t want to pay the Choctaw price tag – our luck would have to take a better turn at the roulette table for those accommodations.  Although, the Oasis pool did look like a pretty nice place to “get your mind right,” as G-Man put it.

There were quite a few vendors at the event, from Toyota, Academy Sports & Outdoors (our fav) and Huk, to Balls Deep Tackle – I guess they figure if you can’t catch a limit to fill your sack, now you can just fish with one.  There were plenty of things to see and freebies to be had for the amount of time it was open each day.  I think I have enough koozies now to chill a beer for every angler in the Elite Series at this point!  Our favorite day was Saturday when we had the chance to talk with several of our favorite anglers, like Combs, The Hack Attack, G-man, Randy and Casey just to name a few.  Mr. Alton Jones and Mr. Edwin Evers were about two of the nicest guys you could ever meet.  Extremely genuine and just really interested in getting to know more about you. All of the guys in the Bassmaster Elite Series are fantastic, of course, but we were blown away with how amicable those two gentlemen were.  We were like a couple of serious fan-girls that day, snapping selfies and taking autographs.  Check out the Bassmaster super-fans gallery here.  We also met up with a few of our own Instagram fans. It was pretty awesome to get to meet these guys in person – @El_bassador – go check him out!!

Sunday was the main event and weigh-in.  Casey Ashley had been leading the field on Friday, so we were all pretty anxious to see if he could maintain his momentum and take home the trophy.  Brandon Card had an amazing day.  He weighed in the heaviest limit of the tournament with 21-2, which put his final at 64-3 for the week.  We were kind of rooting for him to win it at this point – Dave really talked him up and made your heart strings pull for the guy, after announcing that he was about to celebrate his one year anniversary. Nevertheless, when the Hack-Attack rolled in he took the hot seat right out from under Card – by a mere 1-15!  Hackney went on to be the 2016 GEICO Bassmaster BASSfest Champion, going home with an extra 100k in his pockets and a berth to the 2017 GEICO Bassmaster Classic on Lake Conroe.  To read more about the baits and techniques he used, check out this article on the Bassmaster.com website.

Final Top 12 in order with weights:

Sometimes I get it done from the back of the boat.

Even a blind squirrel 🐿 finds a nut 🌰 every

Best time of year when we shak

Buck bass are still bass. Females may not have bee

This error message is only visible to WordPress admins
There has been a problem with your Instagram Feed.